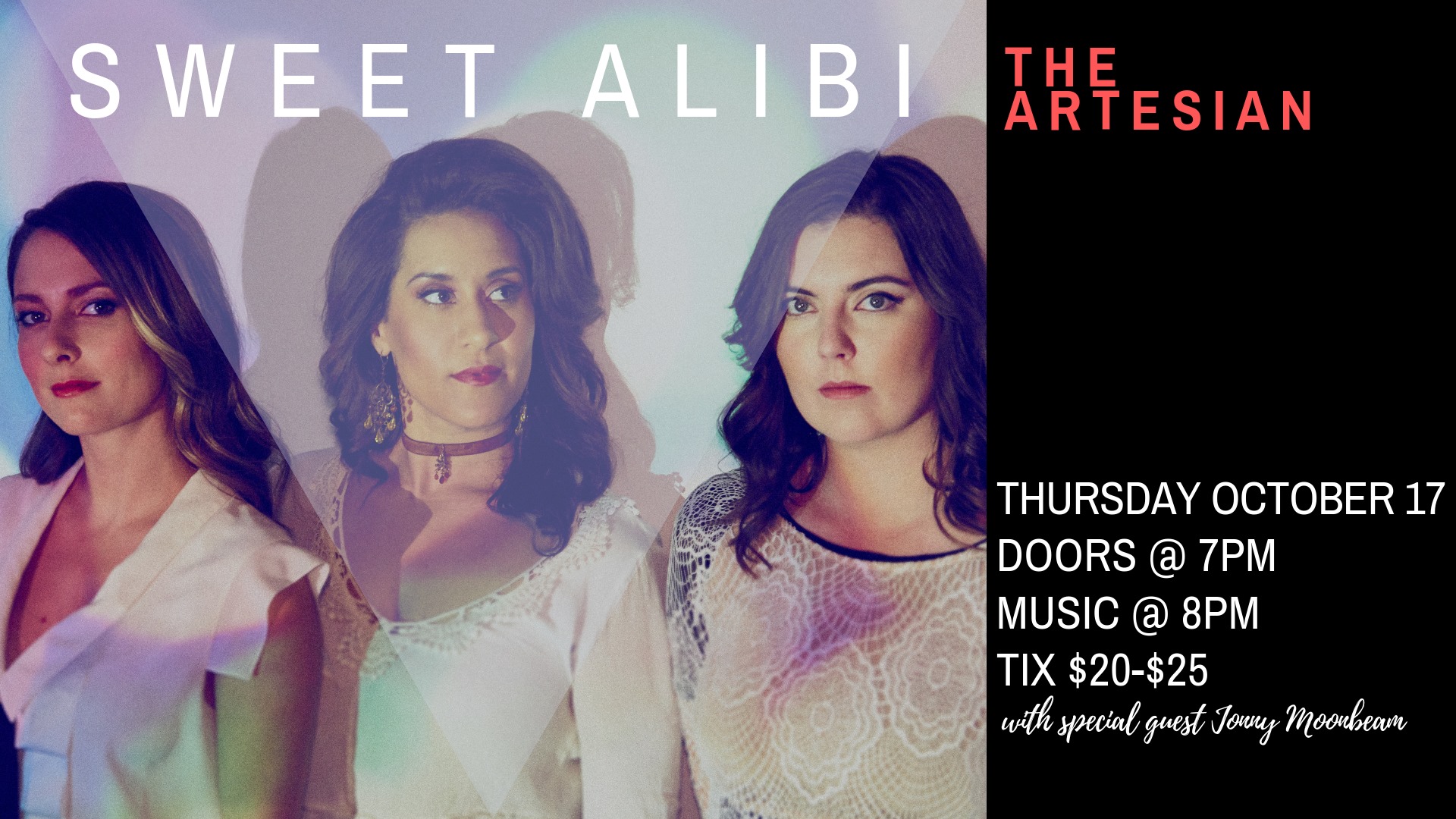 Known for their soulful three-part harmonies, Western Canadian Music Award Winners Sweet Alibi, have shared their folk roots-pop infused music with listeners across North America and Europe since 2009. Their music has garnered national accolades and awards, has been featured on MTV Canada, CMT, it has received major radio play on college/community and satellite radio, with several songs in the top 20 of CBC Radio 2’s national charts.

The band is currently working on their fourth studio album with producers Matt Peters and Matt Schellenberg of Royal Canoe (Begonia). The album is set to be a melodic experience focused on hooky guitar lines and layered beats, inspired by the likes of Alabama Shakes and Bahamas. Sweet Alibi’s sound has been evolving and refining through their past album releases, extensive Canada wide and international touring, as well as a focused effort to draw on the creative efforts of their favourite influencers. Not yet titled, their next album is slated for release early 2020.

Busy scrolling through his intergalactic newsfeed, lunar lad of mystery Jonny Moonbeam totally did not see that spy satellite he clipped, summarily crashing his spacecraft just outside Ottawa and catapulting right into the middle of a parliamentary debate on distracted driving.

He thought this was hilarious. Now stranded in Winnipeg awaiting ship repairs, he's been parsing CPAC and writing songs about Canadian politics and 21st-century living.
Digging on 90's Much Music reruns, vintage Brit rock and any singer whose ever raised a voice for social justice, Moonbeam (a dead ringer for Daniel Jordan of Red Moon Road) reveals a brand new 4 song collection of political rockers (Co-Produced with Rusty Matyas of Imaginary Cities and mixed/mastered by Grammy-nominated Phil Bova).
Tackling the Sunny Ways of a certain well quaffed PM, the non-existent clothes of an orange-tinted-emperor-baby-with-a-hand-complex and what it means to 'stand on guard for thee', Jonny Moonbeam waxes power-pop politically poetic.