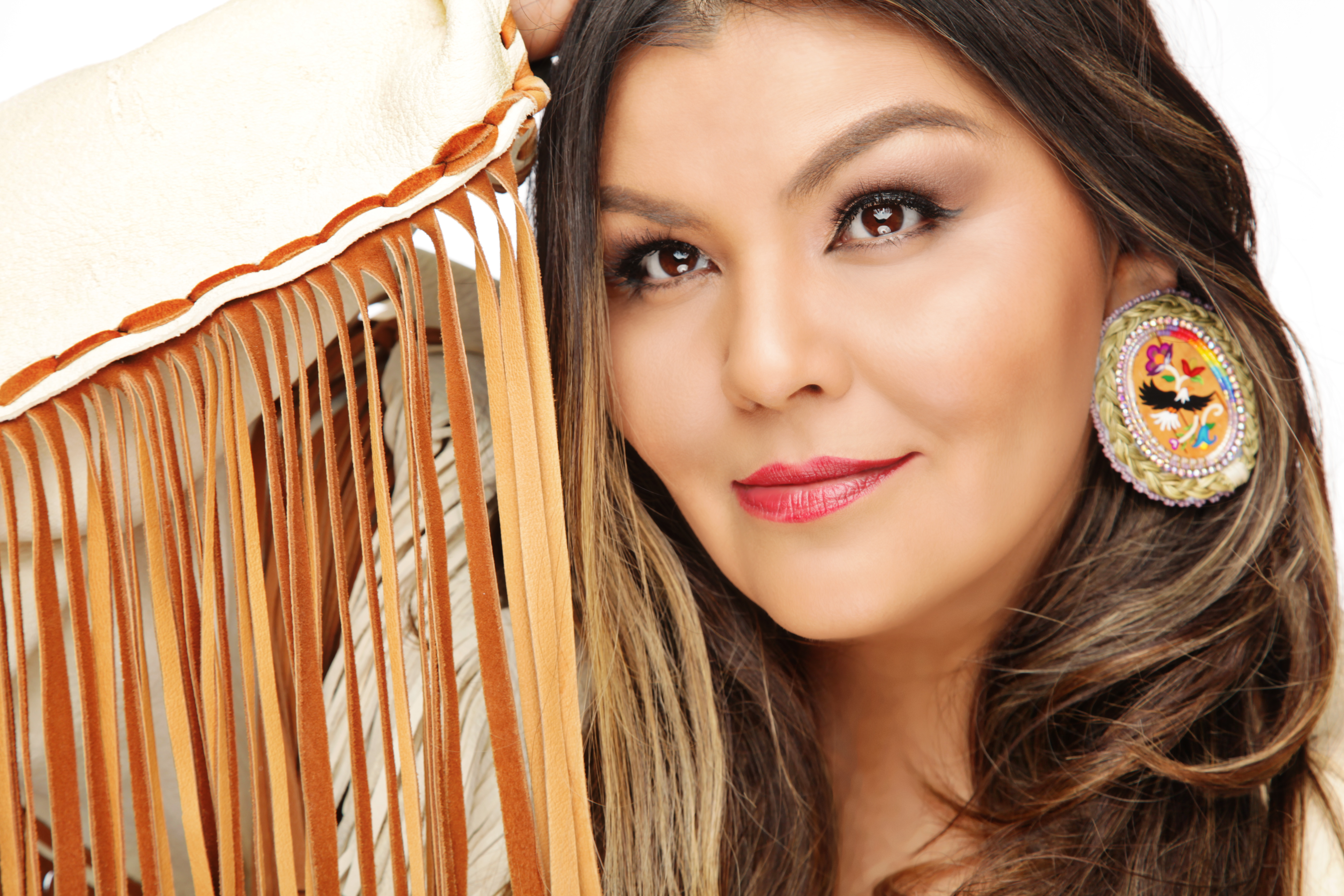 We're pleased to bring JUNO-winning artist Crystal Shawanda to the Artesian stage, in support of her brand-new album, Midnight Blues - out September 30th.

Juno Award-winning powerhouse Crystal Shawanda is back with her latest studio album, Midnight Blues, on True North Records. Her latest fiery blues collection showcases her full-throttle raspy voice, unmatched in today’s musical landscape, and an authentic appreciation for the genre dating back to her youth.

“Growing up, all of my favorite music had these breadcrumbs that led me to the blues,” Crystal says. “I often quote Willie Dixon: ‘Blues is the roots and everything else is the fruits.’ Even in today’s pop music, there’s all this influence that derives from the blues. I was just always really attracted to the rawness and the realness of the blues.”

Produced and engineered in Nashville by her husband and long-time collaborator Dwayne Strobel, Midnight Blues — her eighth studio album, and fifth since switching from a chart-topping career as a country artist —  is a collection of original songs, such as the seductive-sounding rocker “Midnight Blues,” swampy dancefloor groove “Rumpshaker,” and gentler “Take A Little Walk With The Moon,” as well as covers of the Howlin’ Wolf classic “Evil” and her take on Celine Dion’s hit “That’s Just The Woman In Me.”

“This is absolutely my favorite album I’ve ever recorded because I feel like my husband put me in a picture frame,” says Crystal. “He really captured who I am as an artist. He let my vocal shine. He brought out the best in me and all the songs that we wrote really capture my live show and who I am.”

Born in Wiikwemkoong First Nation, on Manitoulin Island, in Northern Ontario, Crystal was introduced to the blues by her eldest brother and to old-time country by her parents. “I was also into other styles of music that led me to the blues,” she says, citing everything from Elvis Presley’s “Hound Dog,” written by Big Mama Thornton, to R&B-pop star Monica’s “Misty Blue,” by Dorothy Moore.

“I was one of those kids who read the liner notes,” Crystal says.  “I wanted to know everything, who are the songwriters, the musicians, the producers, the engineers. I’m always wanting to know who are the originators, who are the mothers of invention, who inspired all of us?  I’m a purist at heart, so I was always diving back to learn from the masters, like Etta James, as far as vocalists; Muddy Waters, as far as feeling; and Buddy Guy, as far as stylists who have a lot of swagger.”

And yet Crystal’s first foray as a professional singer was in country music, not blues.  She was in her early 20s and had immediate success after signing a U.S. record deal with RCA Nashville. 2008’s Dawn of a New Day, featuring the single “You Can Let Go,” reached No. 1 on the Canadian Country Album chart and No. 16 on the Billboard Top Country Albums, the highest charting album by a full-blooded Canadian Indigenous country artist (in the SoundScan-era).

The following year she left the label and created her own, New Sun Records. Her first release was the holiday album I’ll Be Home For Christmas. Her next country album was 2010’s Just Like You, which won a 2013 Juno Award for Best Aboriginal Album, before she made the change to the blues with 2014’s The Whole World’s Got The Blues. Two years later, in quick succession, came 2016’s Fish Out of Water and 2017’s Voodoo Woman, then recognition as a bonafide blues talent with 2020’s Church House Blues, which won the 2021 Juno Award for Best Blues album.

“I love all styles of music, but there was just always something drawing me to the blues,” she explains.  “I had a country hit on the radio, and I would show up at country music festivals and I’d do a BB King cover or Buddy Guy or Etta James. Within country music, as much as I loved it, I had to restrain my voice a lot. It’s very hard to hold back, and sometimes it was exhausting, whereas with the blues, I could just let it fly.”

While other artists have been embraced when they’ve made the switch to a different genre — Taylor Swift from country to pop; Dallas Smith from hard rock to country; and Darius Rucker from pop/rock to country — Crystal doesn’t mind talking about the difficulties she’s encountered.

“Country music is so excited when anybody from any genre comes to their world, hoping it’ll make their world more popular. It’ll up the cool factor, but switching from country to blues is a lot more difficult.  The blues scene is very protective because it’s such an original genre. They want it to be respected and preserved.”

She would’ve had an easier time if she had created a blues-influenced sound, like the Black Crowes, Sass Jordan or Alannah Myles, but Crystal can hold her own in any conversation about the blues pioneers. Still, she still likes to cover an iconic Canadian artist in her inimitable way. Last album, it was The Tragically Hip’s “New Orleans Is Sinking” and this time, Celine Dion.

“Because I had so much friction coming to the blues where people were like, ‘You don’t know nothing about the blues,’ I’m trying to show them not to be so close-minded because a lot of people are more inspired by the blues than they may realize. Again, I’m trying to reiterate that quote by Willie Dixon that the blues is roots and everything else is the fruit.”